Welcome to the official campaign website for Robert Stevens, candidate for State Representative for the 46th District of the Illinois General Assembly

Officially endorsed by The Daily Herald & The Chicago Tribune!

I’m Robert “Rusty” Stevens, and I am making my debut in running for elected office. It would be my high honor and distinct privilege to serve the great citizens of Illinois’ 46th district in Springfield as your elected State Representative, including Glendale Heights, Villa Park, Addison, Bloomingdale, and parts of Elmhurst, Lombard, Glen Ellyn, and Oakbrook.

I am a resident of Villa Park and a small business owner. For the past four decades I have worked as a city and a regional truck driver. I’ve covered nearly every mile of our district and state. Based on what I have observed, particularly over the past decade, taxes, crime, and parental rights are a matter of grave concern to me, and a matter of grave concern to nearly every individual who calls Illinois their home.

Our state is being exploited by politicians who view the people of Illinois as subjects rather than citizens. This mindset must come to a stop.  At the same time, our current taxes are resulting in residents leaving this state for other states in record numbers. The crime statistics in our state reflect the pure negligence of politicians too busy getting high on taxpayer dollars to do their jobs. This is neither acceptable nor sustainable and it must come to an end immediately.

I have a genuine sense of urgency about the financial pressures our families and communities are struggling with.  The increasing challenges of uncertainty are causing a mental health crisis, as well as suicides and overdoses that have outpaced Covid deaths 10:1 in our county.  Illinois needs to address this crisis with leadership and determination.  The legislature has totally missed the mark on this issue.  The last representative in this district proposed decriminalizing fentanyl.  That is not finding a solution, that is creating more problems. 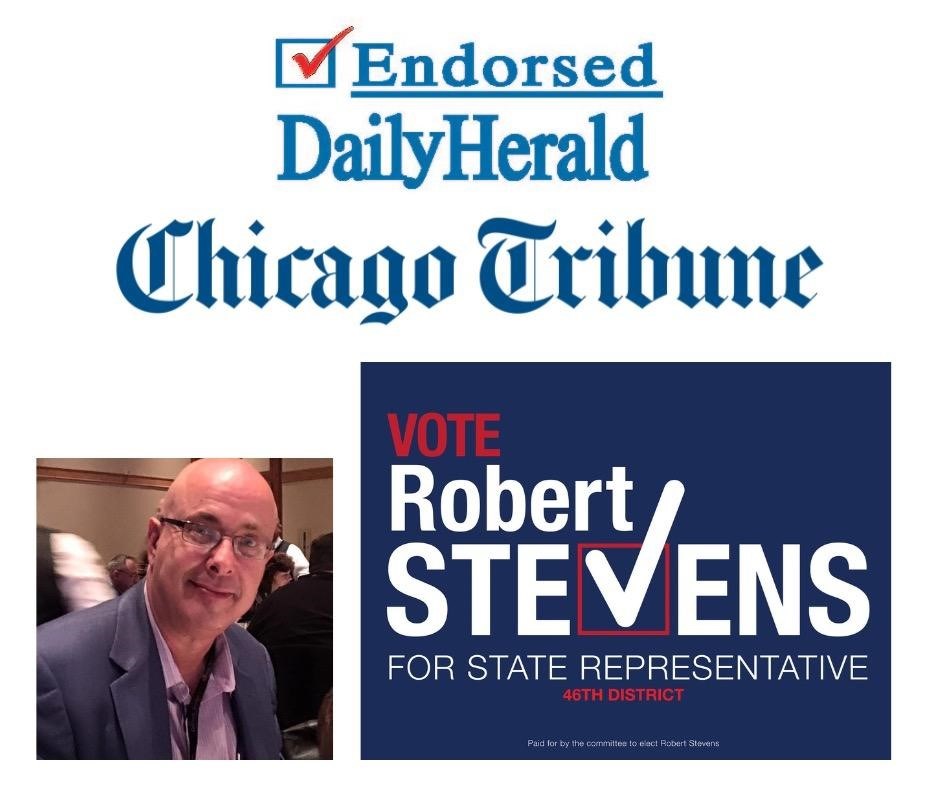 Sign Up for Updates
Thanks for signing up!
Committee to Elect Robert Stevens
Powered by CampaignPartner.com - Political Websites
Close Menu